Memphis, TN –  Successful businesswoman, actress and Memphis advocate, Priscilla Presley will be recognized with the “Cast in Memphis” award for her community involvement and dedication to the promotion of Memphis as a tourist and cultural destination at a black tie gala promoted by Theatre Memphis on July 22, 2022, beginning at 7pm.  The event will celebrate Presley’s innovation and instrumental contributions to the area’s cultural and economic development and growth. Co-chairs of the event, Dabney Coors and Elizabeth Coors, the $1000 sponsorship ticket level has sold out, but the VIP ticket tier for $500 per person and the Public ticket tier for $300 per person are still available by calling 901.682.8601.

The evening event, Priscilla, Honoring Priscilla Presley: the Artist, the Woman, will include a wide range of food offerings and open bar and a ceremony in the Lohrey Theatre that will not only be dedicated to the accomplishments of Presley but also will include entertainment featuring by Gary Beard. The Sponsor and VIP tier ticket holders will also be invited to a backstage gathering to personally meet Presley after the ceremony.

Always sensitive to the artistic community needs, Theatre Memphis has determined a portion of the proceeds from this event to be committed to a new scholarship fund that will be named the Theatre Memphis/Priscilla Presley Performing Arts Scholarship which will be awarded annually to individual(s) looking to pursue further education or career opportunities in the performing arts creative or technical areas. Applications for the scholarship will be open online on the Theatre Memphis website, beginning July 23, 2022. Theatre Memphis Executive Producer, Debbie Litch, elaborates, “We are so pleased to able to be the designated venue for this event honoring Priscilla for our shared passion and contributions to the community and the arts.”

Dabney Coors (one of the co-chairs of the evening along with Elizabeth Coors) says, “Priscilla has been guided by her internal sense of artistic integrity in every decision, including in her television work on the hit series Dallas and the silver screen with the Naked Gun Trilogy.  For 40 years Memphis has been the focus of international attention and destination, because of the dedication of Priscilla Presley.” Most recently at the world premiere of the new Elvis movie on June 10, 2022, with her daughter and granddaughter, she hosted Director Baz Luhrmann, along with the entire cast of the movie, including Austin Butler and Tom Hanks, in Memphis.  She was instrumental on the following day in hosting Warner Brothers’ international press release of the movie in Memphis at Graceland, and not New York or Los Angeles – the customary cities of international press releases for WB movies.

Widely known for her marriage to Elvis Presley, the 1982 opening Graceland (Elvis’ home) to the public following Elvis’ death, signaled a saavy plan that turned into an international success in the tourism and music industry. That contribution, among others, are reasons that she will be inducted into the Memphis Music Hall of Fame.

Theatre Memphis is a not-for-profit 501(c)(3) organization locted at 630 Perkins Extd. @ Southern Ave., Memphis, Tennessee, and is a community theatre whose mission is to provide outstanding theatrical experiences to enrich the lives of our diverse audiences, participants and community.

TM Awarded Best of the Best

Audition Dates TBA
Theatre Memphis is a nonprofit community theatre dedicated to producing the highest quality theatrical experiences for our volunteers and patrons. A Memphis arts institution since 1921, Theatre Memphis is a well-established community theatre, staffed with talented professionals. Members of our community have the unique opportunity to learn more about theatre production and hone their talents in a professional setting while enjoying the affable spirit of community theatre. We invite any interested member of our community to get involved either onstage or backstage. All cast and crew at Theatre Memphis are volunteers, and we are always excited to add to this special group of hard-working and dedicated members.

Both the Lohrey Theatre and the Next Stage Theatre are wheelchair accessible with a handicapped accessible restroom on the same level as the main lobby to both venues. The Lohrey Theatre also provides hearing assisted equipment to any who may require or request it, at no charge.

(Next Stage is open seating) 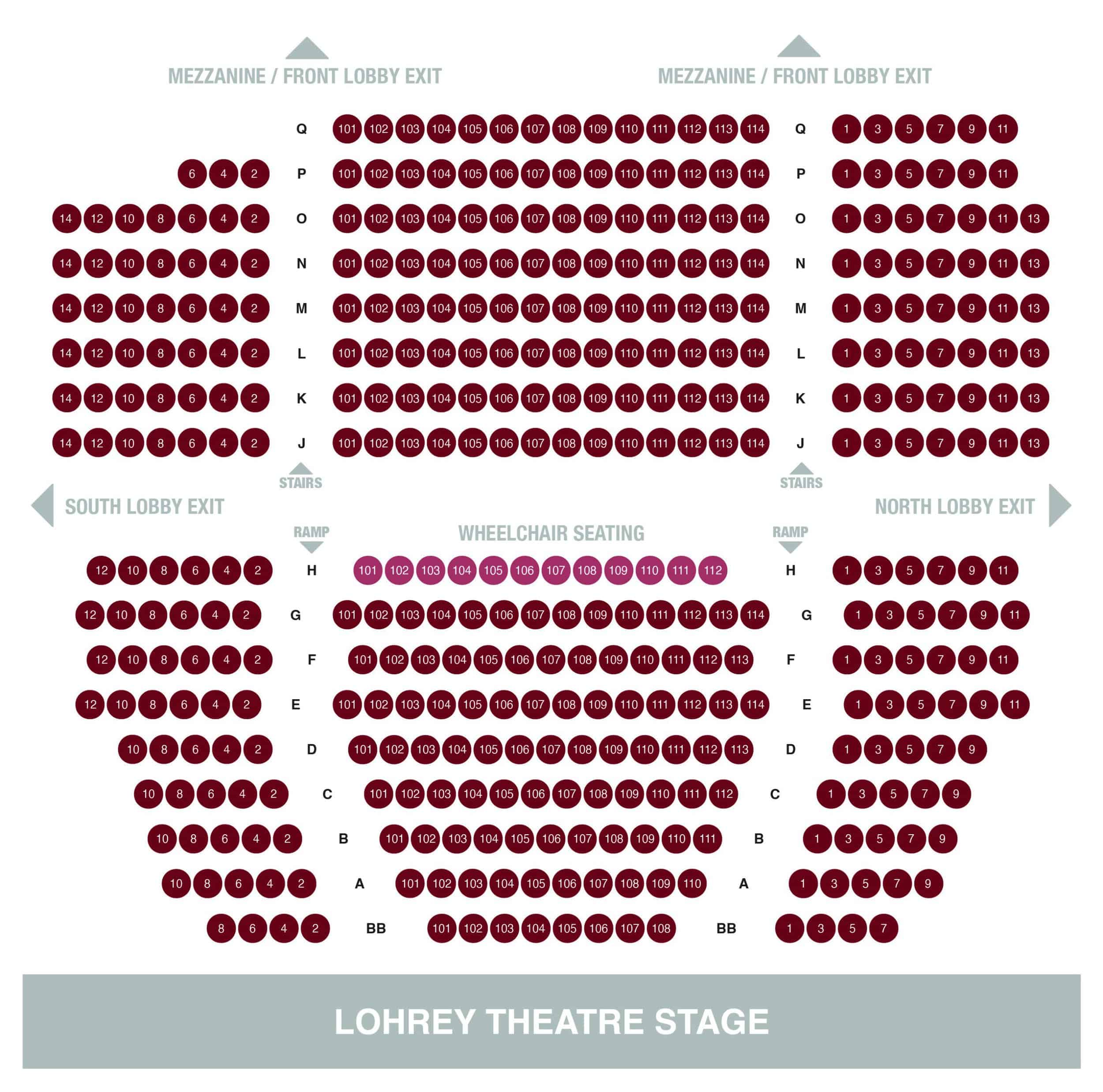 The black box Next Stage seats up to 110 and is also wheelchair accessible with state of the art equipment for sound and lighting.